Flashing eyes dating back to the days of that Yellow Rose and the Alamo.
Long legs in tiny pointed high heels that extend up to the
top of the Miss America runway…
There She is Miss TEXAS.

Her East Texas drawl reflects
the lazy spines where pine trees and traditions
merge to form a shadowy unity;

The Border beauty generous
with her warm brown hertitage
that she fiercely represents;

The South Texas belle courted
from Houston to Beaumont
who knows reality flows
from the recesses of the deep black wells.

The West Texas woman
hardened by winds driving skeletal tumbleweeds
across the vast expanses
to her flowerless, paint-scarred door.

The Dallas Girl wants for nothing
but a new Mercedes and a Hermes scarf to match.

The Fort Worth Girl, from TCU
learns her culture more modestly
and then underwrites the Metropolitan Opera
in her Grand Dame hood.

In the provinces–Lubbock, Wichita Falls,
Plainview, Waco, Corpus, and Amarillo–
she preserves the customs and
plans the celebrations,
(harvest weekends, orchestra festivals)
and weaves the legacy of the land
into the fabric of the city.

Even now “small town girls”
still love the country, and wish everyone
who graduated with them had stayed
and kept the town the same as high school and try,

Like their grandmothers tried,
to make things “nice” in hard times,
like their great grandmothers
who made the farm work, …the ranch pay
by staking out the land, holding on with clenched fists.

Waiting–for phones to ring–
by cars and in them–for lovers, husbands, children–
for weather–and time–to pass;
in offices, in beauty parlors,
in salons and saloons, in theaters and courtrooms–
for them to do what
she could have done in five,
ten at the most.

Confident when she feels afraid;
brash in a confusing situation;
demure when she feels like screaming;
demanding when she wants to hide;
counseling others when she’s unsure;
full of answers to questions never asked;
and then at a loss for the ultimate reason why. 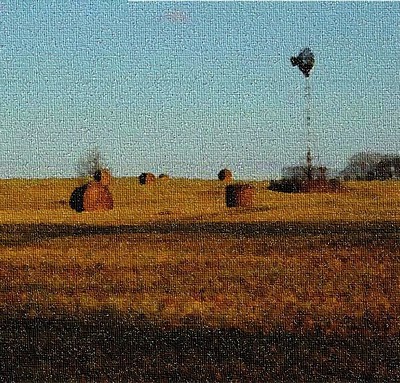 Yellow
Or someone’s word for it
Was the name of my early place.
A dirt-blown, wind swept
Kind of a town
It’s name really should have been
BROWN.

I remember
Bits of straw,
Sun-dried grass,
And tumbleweeds racing
Always chased by the wind.

Out from the town on those endless plains
The blowing wheat bent down too
While that great sky provided all there was
And all we ever knew. 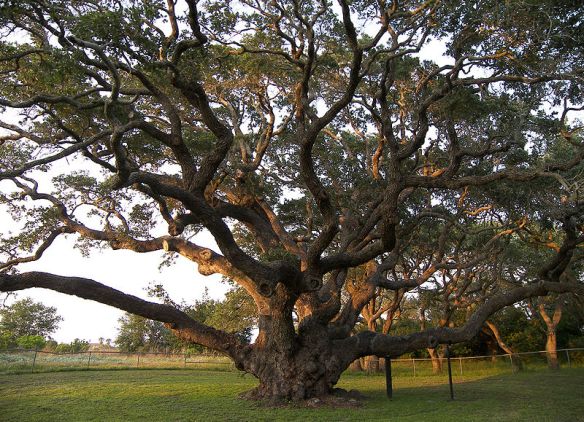 Tourists, hitch-hikers, Americans, foreigners, DamnedYankees even,
Comin’ in on Route 66.  They seemed to get their kicks kickin’ Texas.
Stationed at Fort Hood…passin’ through in the middle of some
Marriage, move, vacation with the kids; before, durin’ or after some war.
They had a love affair with San Antone.   Sure   everybody knows Texas.

If you really want to know, ask a Texan

Farmer, rancher, townsfolk
They’ll tell you all about those folks
Passin’ through durin’ the depression
Ridin’ buses and trains
Nursin’ “broke-down” cars, then movin’ on
The real folks stayed when there wasn’t nothin’ to eat but peanuts,
And nothin’ to do all day but play Forty-two

Or ask those city kids–confused by the new size of the cities
Used to be nothing’ more than big old towns
Mom and Dad moved there to get away from little towns–
Dried up stock tanks, one main store and a bad cafe,
A bankrupt high school and always the weather.

Can’t you hear it in their voices?
See it in their smiles?
Or feel it in their edginess
Worried you may embarrass them
Tear off their veneer
Leave them like the land–
Bare, flat, and windswept
Open to space and the
Ravages of the universe. 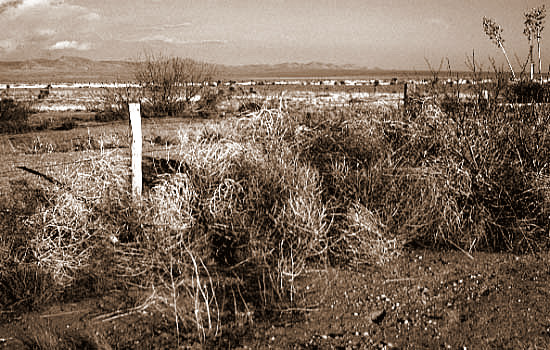 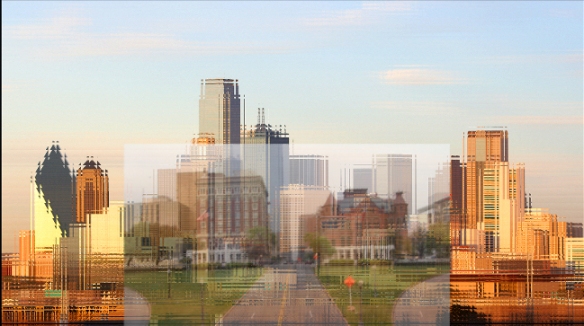 Dull days
All steel blue
No dusk, no dawn, no ember glow in
Dallas’ lines perpendicular and parallel.
Lifeless lines that intersect a pallid sky.

No season this.
No glassy brilliance revealed.
No reflections on metal cars or lofty towers.
The days turn my mind as the random stone
Blown over and exposed as dull as its other side.
A month spilt like this morning’s milk
Left to dry and overfilm my realm.

Felt like this
When autumn’s lights and brilliant colors
Belied the lamentation. 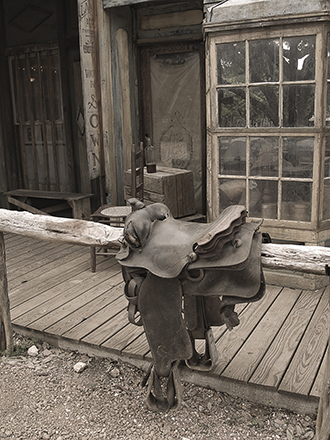 Everyone,
(I’m sure you already know this)
Can be put into one of two groups.
In Texas they told me, they were nesters or ranchers…
nothing else, not bankers, or accountants, or doctors, or
whores, or bartenders.  Well, there were Mexicans..they
also fell in the same two groups…but not really.

Now you would think, wouldn’t you, that
As time went on and all these folks with all their skills
moved here, put down roots, altered things
even in Texas, yes indeed…that the two-group thing would change,
but in some folks’ minds it just never did.

They reasoned that everyone came from somewhere and if you came
from Texas or Mexico, you had to be a Rancher or a Nester.  “’Cause
everybody’s daddy or mom was brought up on a ranch or on a farm.
That determined what kind of person you were and if you could be trusted.”
(Of course if you were a Yankee, you weren’t a person anyway and you might
just as well pack your bags and leave.  Because if you didn’t, no one here was
gonna’ talk to you except at church
…….   and that was just to be polite.)

Well I guess I understand it better now.

I’m a nester…it’s in the blood…weighed down with responsibilities…
driven to finish things, and start things, and look after things, and fix it if it’s broken and possibly can, and cry over it a long time if you can’t.

I married a Rancher.
They figger it’s god’s will.
You either make it or you don’t …no use to cry or worry and if it’s
meant to happen, it will; and it it ain’t it won’t.

We had two sons.
One’s a Rancher….one’s a Nester.

the curious find it unlike L.A.
just another BUST;
the rich came here from Hollywood
to shoot a fiction about Dallas girls,
West Texas oilmen, hill country ranchers and
Fort Worth millionaires who pulled themselves
up by their own and everybody else’s bootstraps.

Where does fiction begin or end–
In L.A. or Dallas, on in your dreams? 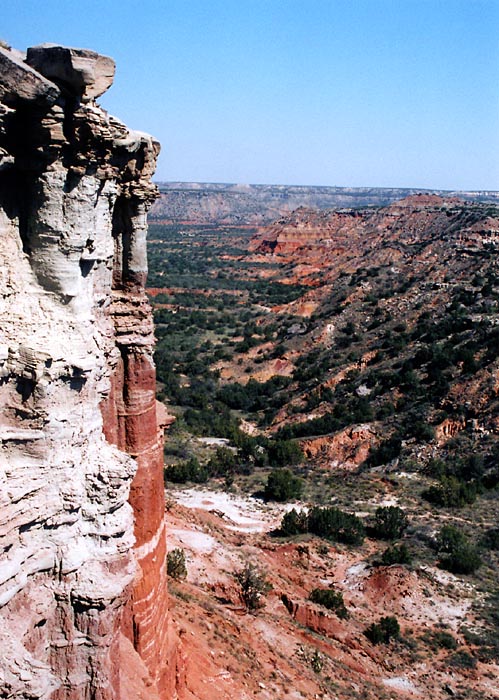 later
with kids of your own
you tell ’em about the Comanches
the trail of tears
the bandits, the cowboys
the cattle drives ..the weather

alone now,
back to see it again
you sense that weather
lifetimes of cold, heat, wind, rain
lifestorms that stripped and
tore at lime and granite
cliffs of petrified remains 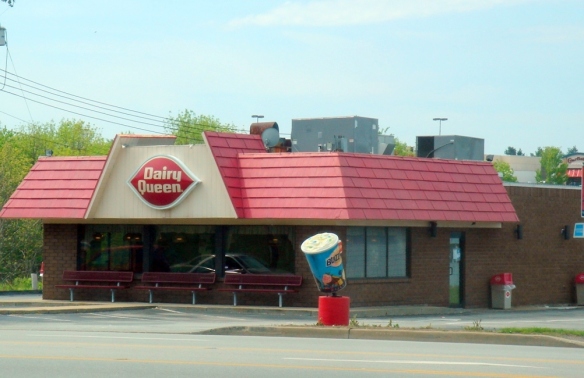 saw her the other day
in curlers at the drive-in,
the Dairy Queen or else McDonald’s.
She had the kids–
one spilled a malt on
her while I watched.
She yelled out the window
a layoff could be coming
and they might
start a business at home–
electronic junk, old army parts,
ham radio–I didn’t understand it all;
but she said the market’s big.

I asked her if she’d read a book,
that one I’d been reading.
She shook her head,
held up the baby,
and said, “No, just sewing.”

Then she laughed to let me know
that Mother’s really
never do go crazy.

What a surprise!
Taking the bus, and the
Yellow bus said,
(In its computer voice)            Paradas Solicitadas  Stop Requested

And the bus rumbled along
Talking to us at every stop
Cedar Springs, Pearl, Ross, San Jacinto    Paradas Solicitada…
regardos transporto  Transfer Point

Every week day I rode the Millennium Bus
Every day I saw someone else
Every day my world changed and shrank.

The driver talked too.  She nearly always had a friend.
When she didn’t have one, she talked aloud to the bus, to the traffic.
One day she made a friend of me.
Her name, Nancy.

Nancy, from Chicago,
Could drive a bus.
She was substantial
In every way.

She made good left turns
She made the best right ones
And always knew our stops.
It was Nancy’s Bus
And her bus rolled on.

Marco from Mexico
Came on adventure for money,
For freedom.  Left wife and children
Con si Madre and came to explore English in Texas.
Worked long, stayed faithful, read and studied.
Quiet with an angelic smile.
Marco was listening.
Marco could hear.

El todo era hermoso.     And so I learned Spanish
One idiom at a time.

On the bus there were three dolls
Wearing gray hotel maid’s dress.
They laughed and spoke very high
In their native Mandarin Chinese.
They were elderly now
With a fondness for jewelry.
Sometimes they looked forlorn;
Sometimes not so weary.

One day they weren’t there,
But on another stop
Three young Asian girls
Giggling, took their seats.
It was as if the same women
Had been restored to their youth.

Miss Estelle
Her gray hair in braids
With softness in her soul
And gentility in her hands
Introduced herself to us.
Thirty years she’d given to the Methodist Pre-school
While she’d cared for three and four year olds.
Now in her class, children and grandchildren of former students…
She had eight of her…grown now, of course.
Miss Estelle, la dama.
We all knew it.

The spirit moved on Nancy’s Bus.

Stephen lived on Sale Street
He knew the worth of things.
He lived no lies and didn’t tell them.
Fire lived in his veins, romance outlined his soul.
Stephen lived knowing life’s treasures.

Monday was Marco’s day off from the Museo.
One Monday the pretty girl in the winter dress and the red mark
Sat next to me.  I talked.  She smiled and said very little.
Over the weeks she said more, her name was Mamata.
Naciemiento Katmandu in Nepal.  Not staying long, missing the snow.
Outside the leaves drooped, the temperature was over a hundred degrees.

The people entered and left.
The slept and they frowned.
They dropped things and they signed.
They worried.  Some rode every day.
Some I never saw again.

Michelle is a name that conjures soft hair, smooth skin and sparkling eyes.
Sometimes a lined face and a hearty laugh echoes the features of youth
Seasoned with wisdom, knowledge, goodness and fun
Michelle spoke many languages and tied us together.  Some days
She outshone the sun.

Words unjumbled
Amigas y amigos
Mamata had a friend from India
She understood his dialiect.
He, too, was Hindi.

A family from France, Mon Dieu!
Took the bus from Love Field and wanted to see
The State Fair.  Language was no barrier.
We told them about the exhibits, the architecture, the culture.
They were shown where to eat, where to stay.  Tres elegante.
Seasons change and people too.
The world’s people so rich in textures

On the streets the single car drivers
Cast aspersions with their eyes
On those alighting from the bus.
Wearing blinders like buggy horses
They couldn’t see the scope of the horizon
Before them.