This is the story of our becoming.

Before the beginning there was the Intellect.
The Intellect was-is-will be complete.
In the beginning there was light that traveled 186,000 miles a second.
It made a sound that traveled a mile in five seconds (so much slower).
In eleven seconds (plank time) the universe went from a thought
to almost the size it is now.
Because
Nothing can move faster than the speed of light and all the energy in the beginning was “nothing” and it did move faster than the speed of light.

These particles banged around for a long time becoming space, time, matter,
moving and even now expanding, ever expanding.
This “becoming” was Violent – initially matter/anti-matter. Constant collisions exploding until the matter we know succeeded (barely).

The nature of matter was to collide in space.
All eruptions, so violent, yielded much destruction, then because of forces re-formed
These forces we call “fields” and most important: gravity, electromagnetic.
These fields allowed energy to convert to matter;
thus, over billions of years, living organisms came into existence.

Millions of years before that, (from Earth’s view) our star was born.
In the process the debris that was scattered formed the planets of our solar system.
We are on the third planet from the sun where conditions have been ideal for
carbon based life to evolve and flourish. We, human beings, are sentient creatures
who have arrived at a point in time and are able to ascertain and inscribe the events
of our beingness on planet Earth – one of four terrestrial planets and the only one that
has an active hydrosphere.

Gravity has a strong effect on all the universe; within our hydrosphere, this protective
bubble keeps out radiation that would burn us up and burn away our water. We are
composed of atoms that are held together by particles charged with both positive and negative charges. On a larger scale we have been able to harness positive and negative forces in many ways to provide us with a world pulled together with magnets and electricity. These have provided us with the structures of our society. Humans are self-aware.

Throughout our existence we have sought to document our time on planet Earth. We constantly seek newer and better ways to do so. We began chiseling on stones and we’ve moved to computerized digital records, photographs, you tube videos, films, music, writing on all viable surfaces even ones that require electricity and special devices to communicate the information. We know these records are fragile but we hope they survive for future sentient matter to learn and understand. We constantly seek meaning to our existence.

There has been much contemplation, writing, argument, and pompous declarations on the meaning of life, the nature of humans, what happens after life ends. I postulate my own thoughts here:

When considering this set of poems, when considering the Major Arcana, I have given thought to the nature of good and evil and now I deduce that my time thinking about it was pointless. No one has agreed on it in the span of life-forms on Earth.

What I observe is this: Humans see terrible, depraved, injurious, killing, and destructive acts that they deem Evil. They find comfort, beauty, innocence, nature, good health, fine art, music, caring, kindness, happiness and they deem that Good. I contend there is nothing of either Good or Evil in the Intellect. The Intellect knew that forces set in motion had inherent within them peace and great violence. Its thought became, changed, manifested independent thought in sentient beings. This is likely an experiment to the Intellect. Even though the 13.6 billion year old experiment seems long (and possibly cruel) to humans, in fact it may be a very short period of time to the Intellect. It must be seen to its conclusion however long it takes. The Intellect is
infinite.

I contend the Intellect does not know the conclusion of the experiment or it would be pointless. The Intellect is pure. It is both observer and part of all creation. It does not likely ascribe value to its parts, but lets things respond naturally as creation and life continuously begins and ends. Clearly the Intellect is aware of all events and knows that humans have ascribed values to them. Yet, to the Intellect the experiment will be deemed a success based on what It set out to do, and not based on the reactions of the particles in the Universe it created. The “morality” of attractions or repulsions, love or war, isolation or community would be noted but only in the larger measure of what ensued, what made what thing happen, how things collided, changed, evolved, surpassed expectation, endured, or prevailed.

Most likely sentient life or human life has a given period of existence as everything has limits, even stars and galaxies. Eventually there will be an end to the universe just as there was a beginning. It will go cold, empty and be absorbed back into the Intellect who will have gained the information it was looking for. Perhaps this, all of this, is but one experiment among billions that the Intellect is realizing through self-transformation. As limited microcosms of vastness of the enormous universe created in that explosive initial instant, we humans cannot possibly conceive of our worth, role, or importance whatever it may be. It seems we are only partly free and partly programmed by matter, genetics, environment, family, culture, time, and accident of place and movement. 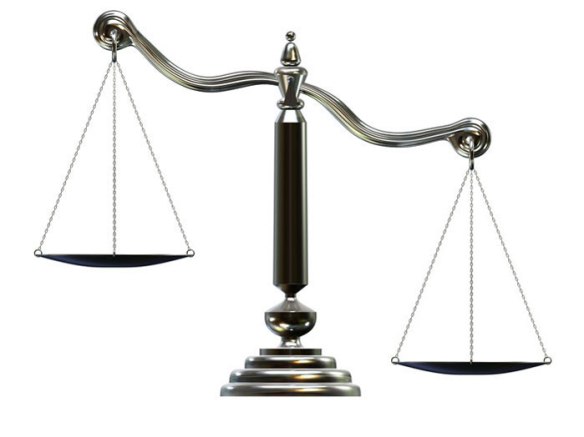 With disdain, with honor, for fairness: our judgments–
from the past for the future we set these precedents:
good-bad, better-worse, wrong-right decisions,
wanting to please, choosing choice ingredients.

Placing values on lives with precision
thinking only of order or scission,
not understanding that through those patterns,
our sorting leads us to firm conclusions.

Framed by family mores and concerns;
by fears real, imagined, sensed or learned,
we form blocks, create deep prejudices
and day by year we act on thoughts discerned.

Each act reveals life’s joy and peace.
His lotus smile can open hearts.
He walks among earth’s souls on streets
hard paved with strife, abuse, and loss.

His destiny displaced by greed;
his acts reveal life’s joy and peace.
He understands despair and grief;
his reassurance grants release.

Through dialogue and expertise
with metaphors, in saffron robes,
his acts reveal life’s joy and peace.
By simple words his truth unfolds:

With love, compassion, caring try
to find life’s commonalities.
By making friends and being kind,
each act reveals life’s joy and peace.